What You Second Guess, Your Buyer Will Too 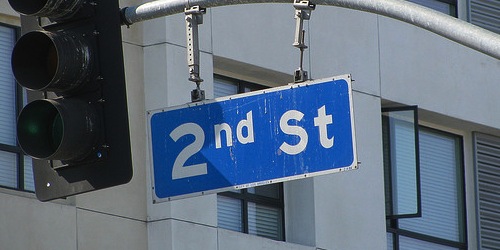 When looking for a suitable property, you’ll probably have some “deal breakers” that you just can’t bear to live with.

Perhaps you don’t want a home that is too close to the freeway, or a home with only one bathroom.

Whatever it may be, it’s clearly a negative. And if you have a problem with it, chances are a subsequent buyer will too.

How Bad Is It?

It’s usually easy to tell if something turns you off immediately, or only slightly bugs you.

For example, if there’s a fortuneteller living next door, displaying prominent advertising of said services, you may say, “there’s no way I’ll live here.”

But then the real estate agent tells you that the house is 30% cheaper than the homes around it, and you start to think, “Hey, it could be worse.”

You decide to take the plunge and buy the house, only to stare at your neighbor’s home on a daily basis, all with a bitter taste of buyer’s remorse.

Still, you think you got a bargain, and realize it could be worse.

While that’s all good and well, keep in mind that what goes around comes around.

Remember when you were the discerning buyer a few years ago? Well, guess what, now you’ve got to put your best foot forward and sell your home.

That fortuneteller is still living next-door, and still very prominently offering to look in a crystal ball for anyone passing by.

And remember when you were put off by it, but after hearing about a steep discount, felt it was okay.

Well what do you think you’re potential buyer will think? They may be equally unhappy about it.

As a result, they too will want a discount, so you could wind up saving nothing in the long run, despite of the “amazing deal” you got.

Can It Be Remedied?

Here’s the distinction. Can the eyesore or issue be remedied or is it something that’s out of your control?

If it’s the former, then it could be a really great move to snag the price reduction, make the necessary fixes, and then sit back and realize the home price appreciation.

An example could be a broken bathroom, or an overgrown tree. If it’s something you can tackle with relative ease, then you’ll have a much better house, and a more valuable one waiting for a buyer in the future.

Keep that in mind when shopping for real estate and creating your list of deal breakers.