What is a Pocket Listing? 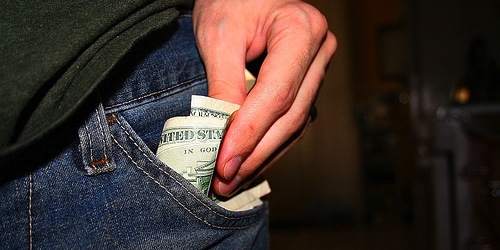 Here’s a hint. It’s not a really small house you can put in your pocket. But it is somewhat hidden, which explains the name “pocket listing.”

Put simply, a pocket listing, also known as a “pocket deal,” is a house that is “for sale,” but not necessarily officially.

So basically a homeowner is interested in selling their home, but for one reason or another, doesn’t want to ink an agreement with an agent just yet.

Additionally, they don’t want the home put on the multiple listing service (MLS), which is the norm for standard listings. In other words, you won’t find it on Zillow, or Redfin, or Trulia…

This essentially keeps the listing a secret, which can change the game entirely.

Why a Pocket Listing?

There are a number of reasons why a home seller wouldn’t want their listing to “go live.”

For one, the prospective home seller may want to hang on to their notoriety, so if it’s someone famous (or infamous), they may choose to keep the listing super low key.

They’ll get in contact with an agent, but they wont agree to anything beyond possibly selling the home.

But it’s not just athletes and movie stars folks. There are plenty of people out there that just aren’t fully committed to selling their home.

These are known as would-be sellers, and websites like Zillow have even zeroed in on these individuals with their “Make Me Move” listings.

Unfortunately, this spells “buy my house for way too much and I’ll sell it,” so it doesn’t make a whole lot of sense to the rational home buyer.

There are also sellers who don’t want a parade of strangers coming through their house every weekend, and creepy cars rolling up and down the street hoping to get a peek at their curb appeal.

These same sellers might not feel like staging their home and keeping it in pristine condition either. Maybe they want to continue living like normal humans while still entertaining the possibility of a sale.

One other semi-good thing about pocket listings, at least for nearby homeowners, is that they’re typically kept off the MLS, and as such an appraiser won’t use them as comps.

This can be beneficial if a nearby property sold for a lot less than what you’re attempting to sell your home for shortly after.

Downsides of a Pocket Listing

Unfortunately, this attitude comes with a lot of potential downside.

First of all, an agent has to be willing to go along for the ride with no guarantee they will get an exclusive right to sell listing. Or any listing at all for that matter.

So they may not be working as hard as they normally would be.

And even if they do, keeping things “hush hush” will make their job a lot more difficult.

After all, they won’t have the buyers coming to them. They’ll need to network with other agents to find a possible suitor. And still, the seller could have a change of heart.

Additionally, they may not know the compensation structure until they’re fully invested.

For the seller, a pocket listing also means less competition, which could lead to a lower offer.

And buyers may not be interested in chasing a property that the seller isn’t so serious about selling. Why waste your time with something they may flip-flip on? They may also be curious why the buyer is keeping it a secret.

Pocket Listings Can Save Face

Most real estate veterans recommend putting your house in front of as many eyeballs as possible to fetch the best price.

A bigger pool of prospective buyers means a higher offer, right? Not necessarily…

Traditional listings can hurt a home seller too. If your house isn’t all it’s cracked up to be, it may sit on the market for months, especially if it’s overpriced and/or has something funky going on.

And as the days keep ticking by, you’ll likely be forced to lower the listing price and/or eventually take the home off the market entirely.

When it comes down to it, nobody likes a stale listing, and over time, the home’s reputation could sour.

So a pocket listing could save you the embarrassment, and possible headache of listing, dropping the price, and dealing with fickle buyers.

Just know that a pocket listing is only as secretive as the agent who knows about it, and it may be well known that your home is being shopped, but still not selling.