Sold Over Asking: Is It Good or Bad? 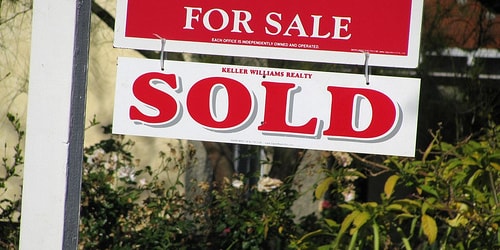 These days, it’s not uncommon for homes to be sold over asking. In fact, real estate agents are quick to point out this fact once the transaction is finalized.

For example, you might see a little addition to the sold sign dangling from the bottom that says, “sold over asking.” Yes, they actually sell sold over asking signs nowadays…

Or you might see something in the mail that says the agent recently sold a property above asking.

And while this sounds like great news, it doesn’t give us the complete picture.

This is typically seen as a win, but as you might suspect, it’s not so simple.

For one, a home can sell a little bit over asking, or a lot above asking.

But in reality, it’s a tiny, incidental margin over asking, not anything to gloat about.

When it comes down to it, it depends what you listed it for…

To determine if selling above asking was a true success, you need to determine if the original list price was high or low relative to comparable sales and what the home might appraise for.

If you listed low to garner a lot of interest and spark a bidding war, selling over asking should be a virtual guarantee. Nothing to brag about, just the expected result.

However, if you listed fairly high (or even really high) and the sales price still went over asking, you can probably give yourself a pat on the back.

There’s a good chance you did a good job listing the home, perhaps staging it nicely and putting in quality research beforehand.

The takeaway here is that anyone can offer something on the cheap and then negotiate up. But if something is priced at market value and fetches an even higher price, someone must have done something good (or right).

There Is a Caveat

Before we pop the champagne and congratulate the agent, there is something else we need to consider.

If all or most of the homes are selling above asking, it’s not a big deal, nor is it reason to celebrate. It’s basically expected.

Conversely, if the local housing market is rather cool (in a not good way), selling a home above asking could be seen as a major accomplishment.

Again, it does depend on where you started though. So we have to consider all the details to accurately determine if the sale above asking was a triumph, or if the agent risked leaving money on the table.

A good agent should know all this beforehand to ensure they set the right listing price, which ideally will lead to lots of interest, a bidding war, and hopefully an offer above asking.

Lastly, note that any agent can get lucky on one deal – look for an agent who consistently sells above list and there’s a good chance they’ll be able to do the same for you!