Is It Time for the Phrase Master Bedroom to Go Away? 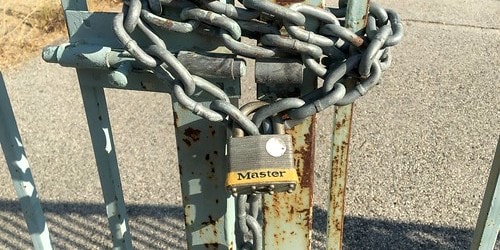 Recently, the Houston Association of Realtors (HAR) decided to stop using the phrase “master bedroom” in its real estate listings after a group of agents requested a review.

They updated the phrase with a replacement, “primary bedroom,” implementing the change on June 15th, 2020.

Additionally, because bathrooms are also referred to as masters, that too will be changed to “primary bath” going forward.

Is the Word ‘Master’ Discriminatory?

The crux of the issue is that the word “master” has an association with slavery and also “male centricity,” both of which are clearly part of America’s ugly past (and sadly still at times present).

Assuming individuals associate the phrase with slavery or male chauvinism, then it becomes a no-brainer to remove the word, as it’s hurtful and/or offensive.

To muddy the waters, the U.S. Department of Housing and Urban Development (HUD) reportedly “advised NAR that the term “master bedroom” is not discriminatory and does not violate fair housing laws.”

As such, the National Association of Realtors (NAR) adopted HUD’s position and said it saw no reason why real estate professionals couldn’t use the term.

Additionally, NAR President Vince Malta said there wasn’t any evidence that it had “any historical connection to slavery or any other kind of discrimination.”

Which begs the question, what is the origin of the phrase?

Per the Real Estate Standards Organization (RESO), the term “master” has been used to describe a room since the 1920s.

In their research, they said it “doesn’t appear that “master” was associated with slavery when it was originally applied to bedrooms and baths.”

However, they did say further research was welcomed, and that a lack of historical context alone doesn’t negate concerns regarding real estate terminology that may be deemed offensive.

What’s the Alternative to Master Bedroom?

Well, as mentioned, HAR is now using “primary bedroom” instead of the term “master bedroom.”

Personally, I don’t love the word primary either, especially since real estate can be described as primary, such as a primary residence.

So the primary bedroom in your primary residence. Hmm.

Aside from it potentially being confusing, it also just doesn’t sound all that great.

I thought about it a bit and for me, something like en suite bedroom made the most sense.

First off, it sounds nice and exclusive, and secondly, it accurately describes a bedroom with an attached bathroom.

However, it’s possible for several bedrooms in a home to be en suite, at which point that logic gets thrown out the window.

A second idea was “main bedroom,” though it lacks creativity and again can be ambiguous if there’s a main home and a guest home, etc.

Apparently, some home builders have already been using the term “owner’s bedroom,” though that doesn’t sound any better than master in my opinion.

Perhaps a better option is “great bedroom,” kind of like great room, which is a word used to describe a large sitting room in a home, an alternative to family room.

It can refer to both the physical size and the grandeur of the room, all at the same time. Speaking of grand, how about a grand bedroom? Classy!

Alternatively, one could put on their thinking cap and use their imagination to come up with something even more interesting and unique.

In fact, it could be an opportunity for a real estate agent to think outside the box and be more thoughtful about their listing description overall.