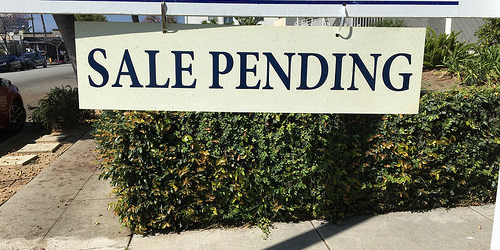 If you ask someone, anyone really, if real estate agents are overpaid, you’ll likely hear a resounding “yes.”

Now ask the agent if they feel they get compensated enough for what they do and they’ll probably say “not even close!”

There lies a disparity between what real estate agents get paid and what consumers think they should earn to simply sign some documents.

The Game Has Changed

Let’s face it – the real estate game has changed a lot over the past few years thanks to companies like Zillow and Redfin, which empower the consumer by allowing them to search for homes and figure out home values (and also determine how much to offer).

Yes, a real estate agent can still be very hands on, depending on the client and their needs, and they will still guide the savviest buyer or seller out there.

Here’s the thing about real estate commissions; agents can get paid 3% for buying or selling a home on behalf of their client, which seems like an awful lot. But that 3% isn’t all profit. Agents have to pay their brokers (assuming they aren’t the broker) and they pay monthly costs as well.

Additionally, the 3% commission may come from one out of 10 clients. Those other nine may have gone nowhere, despite any work they put in along the way.

The problem with being a real estate agent is that you spend a lot of time spinning your wheels, seemingly getting nowhere fast.

Agents may work with 50 clients during the year and only actually earn a commission on one or two of them. Of course, any agent worth their salt should probably have a higher close rate (and at least keep the client in their pipeline for an eventual payoff).

You can also argue that a good agent will close two transactions with one client if they sell then buy, or buy and eventually sell. That means commission of 6% if both deals get done.

Some agents can even double-end the deal to earn 6% on a single transaction, which no one should be able to argue is a weak payout.

Anyway, this brings us to a negotiating tactic that you likely won’t hear about, but can be extremely powerful if you’re trying to close a stubborn deal.

Say you’re interested in a home and you’ve made your offer. The seller accepts the price but doesn’t offer any seller concessions, or the appliances, or anything else you asked for.

After some back and forth you realize you’re at an impasse. They simply won’t budge and both agents are telling you that they won’t go lower or offer you any money for closing costs. Fair enough, that’s their prerogative.

If you can’t get anything from the seller there’s one more place to turn. Your agent won’t tell you about it, but if you ask you may receive.

As mentioned, agents can earn 3% each for the transaction. While some may argue it’s not enough, agents may realize that in order to get the deal done, they’ll need to rebate some of their commission at closing to entice the buyer.

If you want to negotiate, simply ask your agent if it’s customary to rebate commission and see what they say. They’ll probably tell you no and that it doesn’t happen often (or ever). But if you press them on it and then say you’re going to walk from the house, there’s a good chance they’ll give it some serious consideration.

Once you hang up the phone and deal is essentially lost (this part is important for them to take you seriously), they’ll probably call the listing agent and discuss options. Either the seller will finally budge or the agents may get together and negotiate their own commissions.

Again, you have to be serious about walking from the house for this to work. If they call your bluff, there’s probably no chance they’ll part with any of their commission.

If they’re concerned you’re really bailing, hopefully they’ll be willing to give up some of their hard earned money to get the deal done. Think of it this way; 2% commission is better than 0%. Sure, some agents will say never, not me, I won’t work for less, I’m already undercompensated.

But others may realize it’s best to cut their losses and take the sure thing. A bird in the hand is worth two in the bush, right?

The same can be done if you’re the seller. Ask the listing agent to give up some commission to the buyer if a deal if close to getting done…they may resent you for it, but it’s only business…