No Rush to Buy a Home 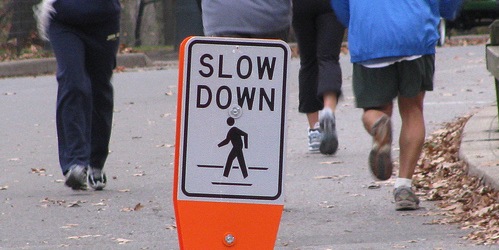 I follow the real estate market pretty intently, and I’ve actually considered purchasing some real estate myself, given the fact that bargains are beginning to emerge.

But at the same time, I don’t think there is any rush whatsoever to purchase a property. I don’t think you’ll miss anything if you wait.

Sure, home prices have fallen significantly throughout the nation, and mortgage rates are at record lows. That’s all good news, but that still doesn’t mean it’s the right time to buy.

Of course, it can be argued that the tax credit is artificially propping up home prices, so that’s essentially awash, if you follow that logic.

And the threat of mortgage rates rising is also less of a concern in my eyes because one of the main reasons home prices are so affordable right now is due to the ultra low rates.

Do you think the government would risk messing that up, given how fragile things are right now?

If they did somehow rise, home prices would probably fall to compensate, so again, no rush.

At the same time, the mainstream media will make it seem as if you need to buy now, before it’s too late; that there are once in a lifetime opportunities standing before you.

Just don’t forget about all that shadow inventory, or the fact that roughly a quarter of all residential properties with mortgages were in a negative equity position as of year-end.

If you do decide to buy right now, you may wonder when home prices will rise? Some think they won’t hit recent peak levels until 2020…

In other words, don’t expect that instant profit we all grew accustom to in the 00’s, when it seemed anything you purchased appreciated within months.

Or perhaps the top investment property markets in the United States, because regardless of all the turmoil, real estate is still a good investment.  Just make sure you time it right…