NAR: Housing Inventory Is Tight, and May Get Too Tight 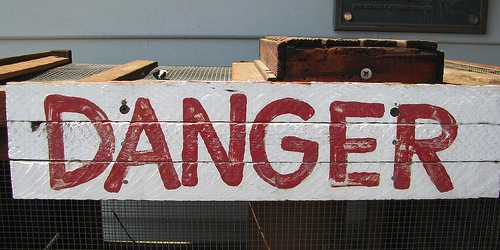 If you’re ever looking for some light entertainment, just surf your way over to the National Association of Realtors website.

They’ve always got plenty of “news” and press releases that make no mistake about the fact that they’re seriously pro-housing.

Take their latest release regarding residential housing inventory and days on market.

According to NAR, the median time a home was listed for sale fell to just 69 days in July, down a staggering 29.6% from 98 days a year earlier.

In fact, one-third of homes purchased during the hot, hot summer month of July were on the market for less than a month.

Talk about not wasting any time, especially given the stricter and more time-consuming lending environment.

Conversely, one in five was on the market for at least six months.

Think of the properties that no one in their right mind would want to buy, such as those close to the freeway, or those situated next to a sewage plant.

There’s also the many properties out there that are listed at astronomical prices, namely because they’d be short sales otherwise. These tend to stay on the market for a long, long time as well.

So what have all those speedy sales done for the housing market, you ask? Well, they’ve reduced the supply, which generally correlates with higher home prices.

NAR noted that in times when the existing home supply nears six months, the median selling time is just over six weeks.

And in such “balanced market conditions,” home prices tend to rise 1-2% above the overall rate of inflation.

During the peak of the housing boom (2004-2005), inventory was averaging just 4.3 months, pushing the median selling time to just four weeks.

At that time, home prices increased 10.3% annually. But when things took a turn for the worse in 2009, the time on market increased to 10 weeks with a bone-crushing 10.0-month supply.

[No Housing Turnaround for a Generation?]

Danger: Above Average Appreciation Ahead

Okay, so none of that was all that funny or entertaining, right? Well, here’s where it gets interesting.

Yun warned that if housing construction doesn’t pick up within the next two years, the supply shortage could lead to “above average appreciation!”

Yep, if more homes aren’t built, we’re looking at higher home price appreciation than normal. Better grab a hammer and get to work…

Speaking of appreciation, NAR currently forecasts home prices rising 4.5-5% this year, and another 5% in 2013, thanks again to the inventory shortfall.

In other words, hooray those who own a home, but for those still looking, it may be a royal pain finding a diamond in the rough.